This week at the World Wide Developers Conference (WWDC) Apple announced the features for their next generation system software for both iOS and OS X. Other sites have covered all the details and I’m not going to repeat them here. You can read one of the excellent articles at the end of this post for  more information.

I want to talk about a few features I personally found exciting for both Macs and iDevices.

I’m excited that finally AirDrop will work between Macs and iPads/iPhones! I was sure this was going to happen and have been telling folks that but I’m happy to see it come in the next update. I really looking forward to being able to quickly and easily share files without resorting to a third party app.

It looked really cool in the demo done at WWDC; Apple has added to the Photos app the ability to modify photos using and intelligent algorithm that makes creating fantastic looking photos from just so-so pictures. I’ll be really excited to see how well this works since I take numerous photos with my phone.

Apple’s late to the game here but it looks good. One of the complaints with iCloud has been there’s no interface to your files. Now it appears Apple has taken note and now will compete with Dropbox and Google Drive (among others). It will be interesting to see how they differiate themselves from their competitors.

Spotlight is going to be a lot more useful in iOS. In addition to what it noes does, Spotlight will also now deliver Wikipedia snippets, local news, nearby movies, etc. I also like that Spotlight will have access to you photos and will be able to help you locate a specific photo by date, album name, and location.  I liked what I saw during the demo and think its going to be overlooked but heavily used once iOS 8 is released.

Just like in iOS, Spotlight on the Mac got a lot better delivering the same sort of results as mentioned above. I really like that the search bow is bigger and now in the center of the screen instead of off in the upper right hand corner.

Safari has been updated as well with better use of screen real estate and a much improved handling of tabs as well. The search bar will bring up the same sort of information that Spotlight does as outlined above.

Phone Calls From Your Mac

If you’ve ever been at your Mac and had a phone call come in when the phone is across the room in a charger or your briefcase or purse, you’ll ove the fact that you can now answer calls from your Mac. Conversely, you’ll also be able to place calls from you Mac when your iPhone is nearby without having to even pick up the phone. This will be especially handy when you look up a business on the Internet and then want to call them.

Setting up a hotspot with OS X and iOS has always been pretty easy but now its down right foolproof. If the phone and computer are near each other, you don’t have to do a thing. Just choose your phone from the network devices and a secure wifi hotspot is automatically created.

Handoff will be great for those of us who move from device to device and want to continue working on a document or email. Now, if you leave your Mac and pick up your iPad, you’ll automatically see the document you were working on and it alert you and you can pull it up and continue working right from where you left off.

There’s tons more interesting stuff in these updates such as email markup, and Mail Drop, the automatic handling of email attachments that are too big for email gateways. The fall is going to bring a whole slew of enhancements to both Macs and iPhones and iPads, and I for one can’t wait.

Is Your iPhone Personal Hotspot Not Working? Try This Solution!

The Ultimate Guide To Setting Up Your Mobile Office (part 2): Software

5 Utilities I Use On My Mac Everyday 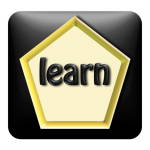 Learning is a life long activity. You should learn something new everyday. What did you learn today? 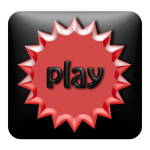 Play is important to productivity. If you don't play you never give your mind a chance to relax and subconsciously make the connections that lead to brilliant ideas. 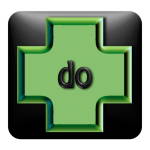